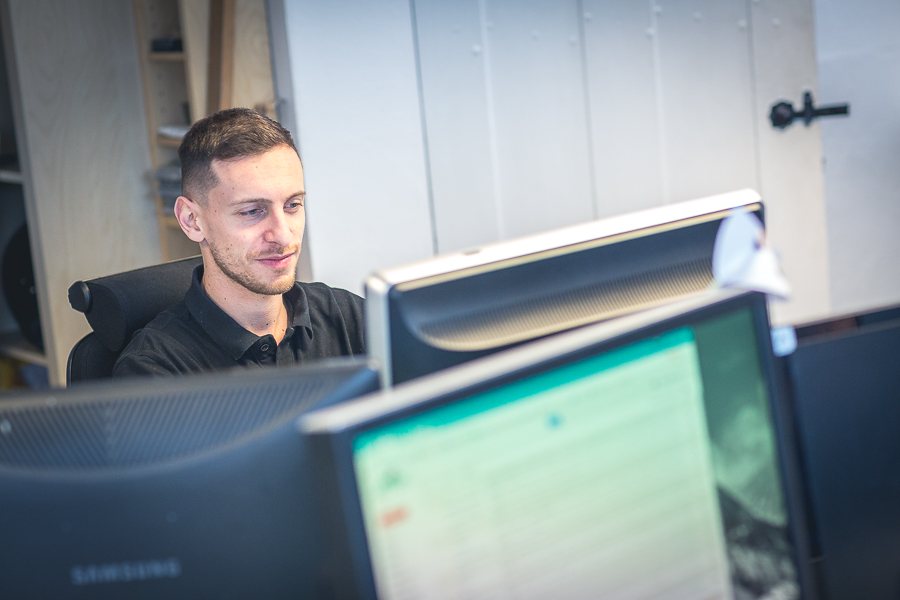 I’m Chief-Geek, Gildas Jones. Recently a client brought in a Power Macintosh 7200/90 from 1995 for data recovery, and I wanted to share this unusual case study with you.

This Mac was was made in 1995, in terms of computing this is ancient and it makes you realise how much things have changed.

When I first started doing IT support the office had just one of these Macs left, they were quickly being replaced by G4’s.

Faced with this electronic dinosaur the first thing we could do was lift the lid to see what hard drive was inside. We were hoping for an IDE but no, it was a SCSI connection – nothing we had would read it.

The Mac still worked and it came with the mouse, keyboard and VGA adaptor, so we fired it up and were confronted with a lot of whirring.

The System 7 interface came up, which looks much like OS 9. (similar enough to Windows 3.1 for anyone who remembers that).

Then we took a closer look at the hard drive (3.9GB), it must have been an upgrade as the standard on this model was 500MB.

The client wanted about 140MB of files from the Hard Drive, so using the floppy drive was out as we’d have to go through the painstaking process of transferring 1.44MB at a time.

It only had a 4 x CD-Rom drive, so burning a disc wasn’t an option either. This left us with Networking. We hooked up the networking on a static IP (as I recall these things never worked well with DHCP) and tried to connect into it by setting up file shares, but it wasn’t playing ball.

FTP was the next and probably final option, but we needed a copy of Fetch…

There were tons of useful resources and downloads on both sites, so clearly there are good people curating them.

Following the advice we’d found online, we started the browser Netscape 4.04 : ) A lot of Javascript errors and some tweaking later we managed to download the right version of Fetch. Progress was finally happening.

Next we had to go back and find a copy of Stuffit expander to unpack the .sit archives, compared to the rest of the job this was easy.

We setup an FTP server on a windows box in the office, connected to it and managed to transfer a file over, hurray!

Then we realised it would only do one file at a time in this version of Fetch, maybe we’d celebrated too soon?

Luckily all we had to do was go back to get some compression software, we installed a copy of DropStuff to compress the required folders and bingo! We we were able to copy all the files to a new Mac and extract them with Stuffit.

While we were able to recover the data this time, it wasn’t easy. There is a lot of buzz around the Digital Dark Age at the moment, and it’s easy to see why.

We have well preserved paper records from hundreds of years ago, but technology is advancing so fast that recovering digital data becomes difficult after only 20 years.