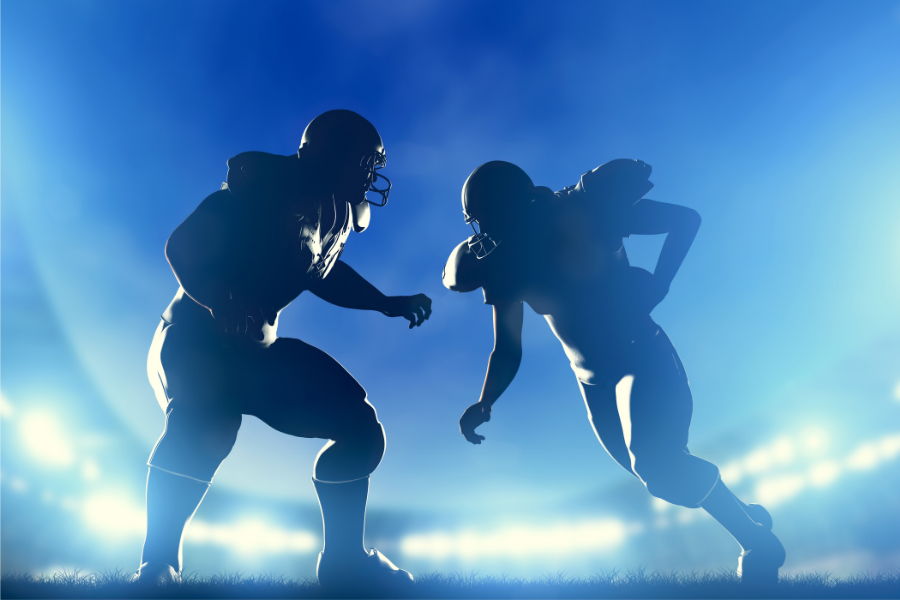 Even if you don’t watch American Football, you might tune in for the Super Bowl. And even if the Super Bowl doesn’t do it for you, sometimes the Super Bowl Half-Time Show – which has become almost as big an institution as the match itself – might be worth a watch.

Back in 2016, even if you didn’t watch the Half-Time Show of Super Bowl 50, you might have read some of the post-match arguments it created among fans:

Did Beyoncé or Bruno Mars really steal the show from Coldplay during their joint performance? Or did Coldplay stomp all over them? 2016 music fans, you decide!

For our first dip into our Hidden Faces of Tech series though, we take a look at one aspect of the Super Bowl 50 Half-Time Shows that definitely didn’t receive the plaudits it deserved:

The massive 3D animation that all of the artists performed literally on top of.

You only need to take one glance at any image or video of the Super Bowl 50 Half-Time Show to see the scale of the 3D animation – the visualisation filled the entire stage on which the acts performed.

The final visualisation – which involved 3D modelling, animation, lighting, texturing and rendering – took the form of scintillating, spinning, exploding flower and umbrella shapes. These shapes were reproduced in the costumes and performances of the hundreds of dancers who joined the artists on the pitch.

So who created this unique and mesmerising display? (Seriously, go and watch a GIF or any video of the Show without sound and concentrate on the visualisations. Mesmerising!)

SHOP is a boutique motion design studio. They work with artists, producers and directors to design and build visuals for all kinds of shows and performers around the world:

From acts like The Rolling Stones, The Libertines and Queens of the Stone Age through to Little Mix and Olly Murs. From shows like Radio 1’s Big Weekend and the X-Factor. Even handling branding for companies such as Audi and Red Bull.

Their portfolio of work is huge and impressive. You can check it all out at weareshop.co.uk.

The Hidden Faces of Tech

Now, should the Super Bowl 50 Half-Time Show ever come up in conversation, and people around you start to argue about whether Coldplay got a raw deal being forced out of the limelight by Beyoncé, you can confidently say, “Whatever. Tell it to the incredible designers, animators and artists at SHOP.”

Keep checking back to see other parts of our #Take15 campaign!

We’ll be diving into the worlds of our local Bristol heroes and inspiration as well as searching out more Hidden Faces in the weeks to come.