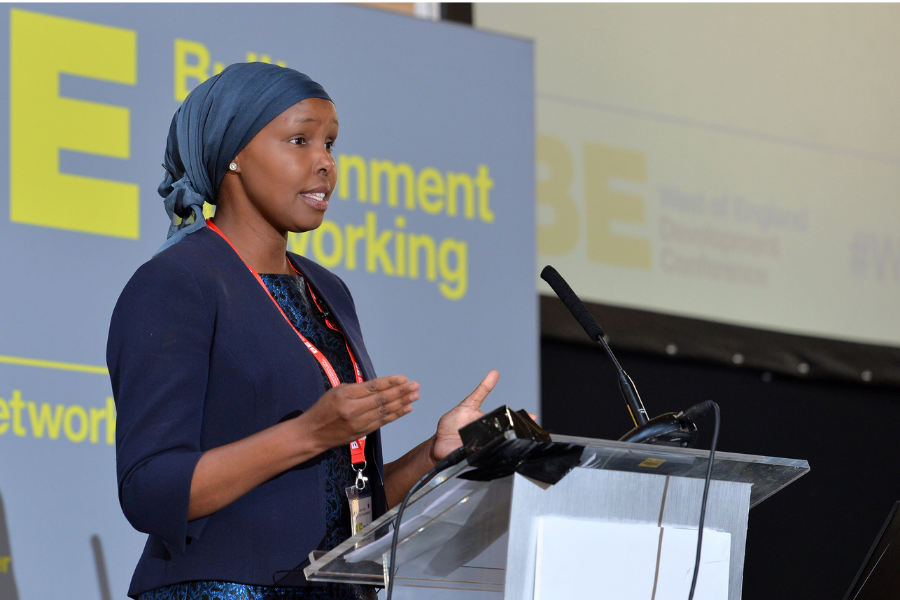 Welcome to the latest edition of our #Take15 campaign, in which we celebrate the local people and businesses that have inspired us over the past 15 years!

Who is this Sado Jirde then?

Sado Jirde has been the Director of the BSWN – the Black South West Network – since 2012 and part of its work since 2007.

The daughter of parents of Somali origin, since moving to the UK in 1999 Sado has racked up an impressive list of accomplishments. Starting with a BA in Financial Management and Business IT and continuing through her constant work for the BSWN, membership of the boards of several local and national charities, partnerships and networks – not to mention the 2015 African Achievers Award.

In short, if there’s a way to discuss, promote, strategise about, or support racial equality in the south-west of England, there’s a good chance that Sado has been involved at some point.

What is the BSWN?

The Black South West Network is a black-led racial justice non-profit based in Bristol that supports the development of black and minoritised communities, businesses and organisations. Sado has been its director for over a decade.

The organisation’s goals include:

The BSWN’s latest project is creating a space to bring together all of its activities and key projects in the Bristol area and beyond.

Having secured a lease from Bristol City Council for The Coach House in St Pauls, the BSWN has big plans to transform it into new meeting rooms and office space. The organisation has envisioned The Coach House as the “first black-led social enterprise incubator in the city”, a “dynamic social innovation hub”.

That sounds like a more than worthy goal to us. And if Sado Jirde’s involved, there’s a good chance we’ll be back talking about how successful the project has been in another #Take15 years!

Find out more about the BSWN and donate to support their great work over at https://www.blacksouthwestnetwork.org/donate